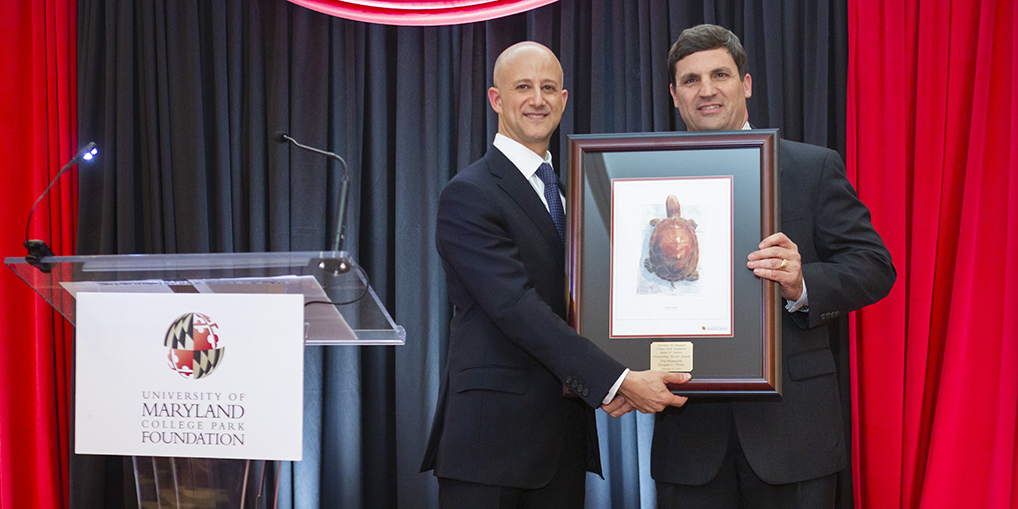 On the evening of February 6, Senator Douglas J.J. Peters graciously accepted the UMCP Foundation’s 2020 Outstanding Service Award. The event, attended by members of the foundation board of trustees, Maryland General Assembly and University System of Maryland Board of Regents, was hosted within the Senate President’s Conference Center in the Miller Senate Building in Annapolis, Maryland.

Senator Peters acknowledged the University of Maryland’s impact to the state and President Wallace Loh’s impact to the institution before introducing each member of his family in attendance, a number of whom are +Terp alumni, and emphasizing their role in motivating his continued commitment to his community and the state throughout his career in public service.

Each winter, the foundation presents its Outstanding Service Award to an individual whose support of the University has helped it to achieve its current status as one of the top research universities in the country. These award recipients, both dedicated alumni and honorary Terps, have made important contributions to the University of Maryland, its surrounding community, our state and beyond. 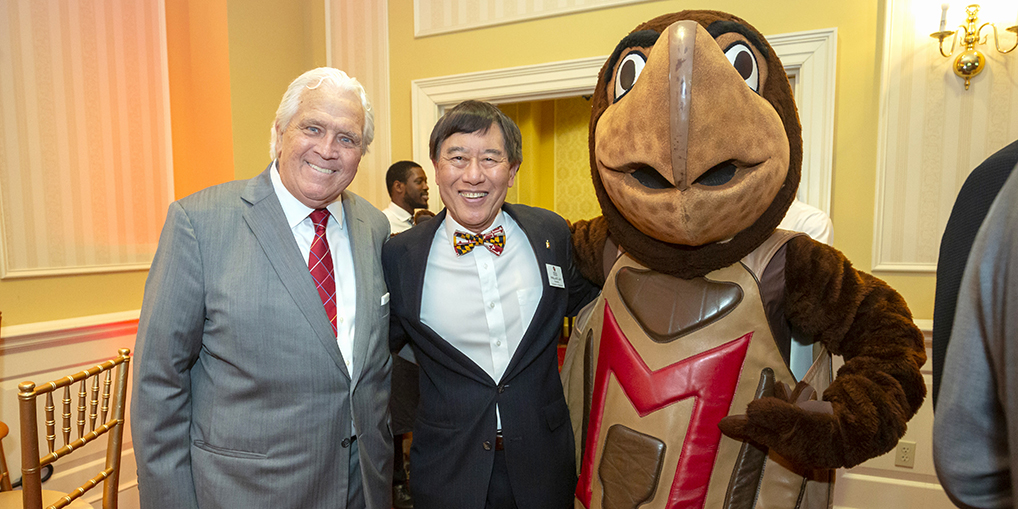 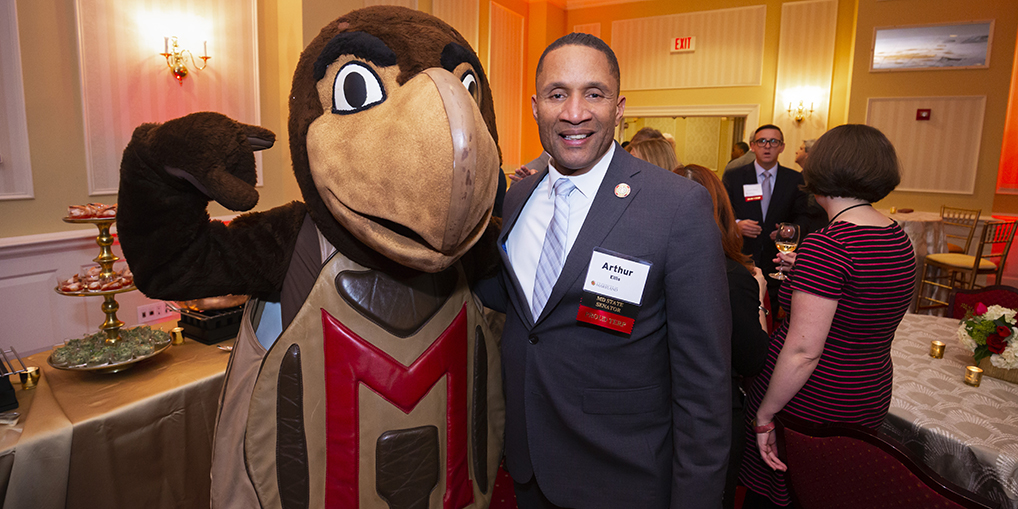 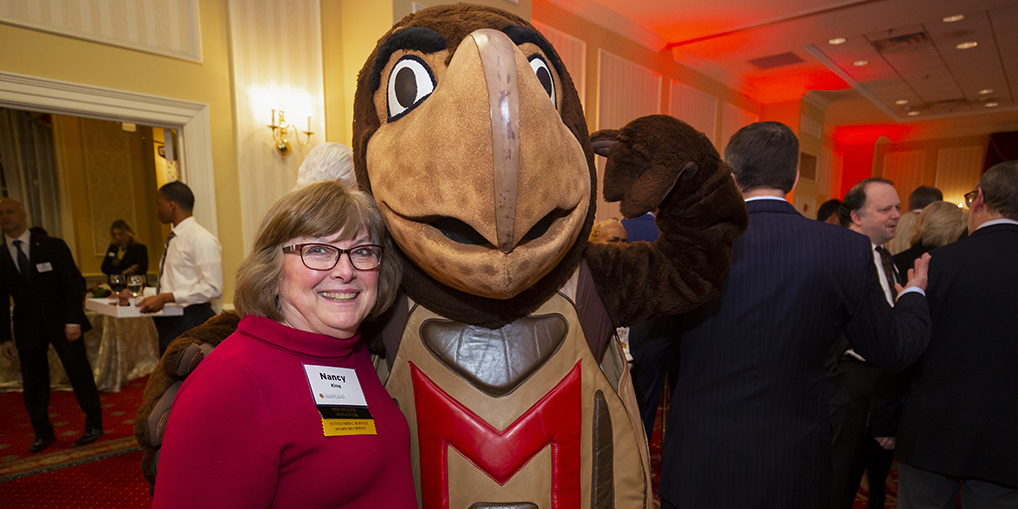 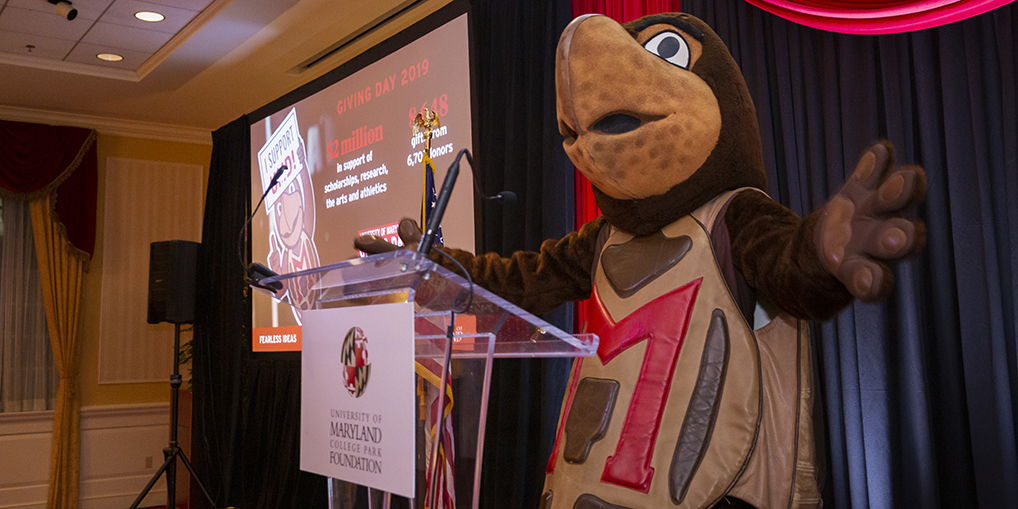